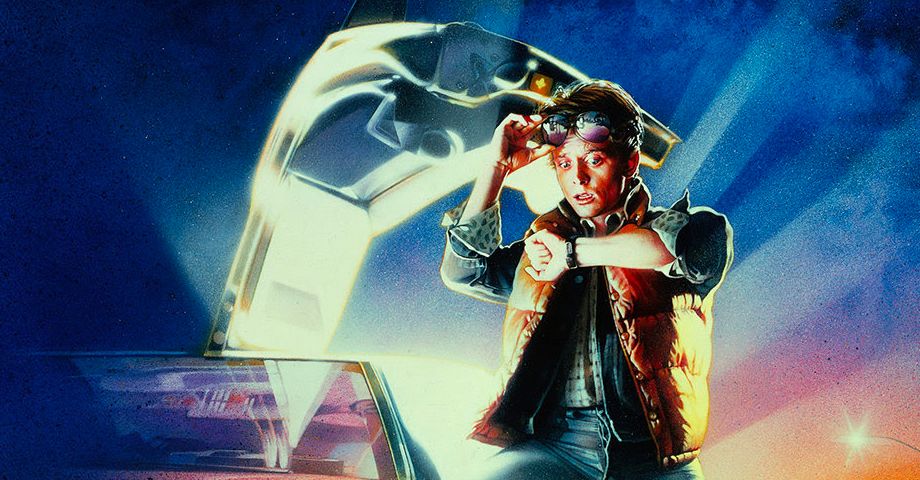 When I was rehearsing our pitch for Techstars Demo Day, there were two points that our mentors urged us to emphasize for the packed audience at the House of Blues on September 29, 2016. The first was how CompleteSet was different than eBay, the proverbial elephant in the room. The second was the size of our target market, the total dollars spent each year by consumers who bought and sold collectibles online. These were important questions for us to answer because they often came up during our fundraising discussions.

Investors were skeptical of both the size of the market and our ability to compete with a behemoth like eBay. My response was consistent and confident. I'd explain that eBay (1) lacked a sense of community in that it was primarily transactional and (2) did not offer much of the specific functionality that collectors wanted, such as a comprehensive database of products. eBay is what's known as a horizontal marketplace spanning many categories; CompleteSet was a vertical marketplace focused on collectibles.

I'd also convey how collectors were brand's most loyal consumers, spending a large portion of their disposable income to fund a hobby which bordered on obsession. With millions of collectors around the world, we estimated the size of our target market exceeded $50 billion annually. Despite our best efforts at convincing investors otherwise, our company was often viewed as serving a niche market that was too small to qualify for venture capital. This made it difficult to raise the capital necessary to scale a B2C marketplace for collectibles.

So you can imagine my surprise that the collectibles market has become one of the hottest subjects of the last year. Consider GOAT and StockX, which combined have raised more than $700 million – more than $300 million of which was secured during the pandemic. There are also consumer apps like Rally and Otis now, which empower users to invest in alternative assets such as rare comic books or sports cards as if they were a stock in a publicly traded company. Then there's the craze of non-fungible tokens (NFTs) which are essentially unique digital collectibles.

It was not until seeing this trend in massive funding rounds and repeated press coverage for collectibles-centric products that I began to consider the role of timing in the success or failure of a startup. As I candidly shared in my essay about the failed company I co-founded in 2012, there were many reasons for the unsuccessful outcome of CompleteSet. Yet we were told so many times that eBay was effectively unbeatable and that the market was too small, that I never really considered the possibility that timing was partially to blame.

A Techcrunch article published on March 4, 2021 and covered by others like Forbes made it more clear that may in fact be the case.

Whatnot, a startup founded in late 2019, had raised a $20 million Series A financing led by Andreessen Horowitz for "a livestreaming platform built for selling Pokémon cards and other collectibles". Similar to CompleteSet, it began as a database of collectibles like Funko Pop figures. When they launched in early 2020, there were already several of these collection-tracking apps available in the App Store and Google Play. It was Whatnot's timely pivot to live shopping for collectibles during a global pandemic that was the winning combination for them.

CompleteSet is not the only collectibles marketplace that failed before the recent interest in this previously overlooked market. From Australia-based Curicon to Dragons' Den- featured ShelfLife, there's a trail of dead startups that attempted to modernize the online shopping experience for collectors. In fact, there are more than 177 collectibles companies listed on Crunchbase alone. 177! There are some that remain operational, most never benefit from buzzy press coverage. So how have GOAT, StockX, and Whatnot succeeded where so many others failed?

In a word, timing.

If there was ever a great time to be in the business of collectibles, it was 2020. Not only did the COVID-19 pandemic keep many of us at home, it also drove unprecedented growth in e-commerce spending as a result. The existential threat of a global pandemic coupled with more time on our hands while surrounded by a lifetime of possessions—like that old binder full of Pokémon cards—is likely the biggest factor in the nostalgia-fueled collectibles boom we're seeing today. But this is also part of a broader shift of people seeking alternative investments.

Interestingly, this is not the first time collectibles were considered a good investment. A 2015 study by Russia's Higher School of Economics was published detailing how LEGO toys were a better investment than gold! The study found that LEGO investments outperformed large stocks, bonds, gold and other alternative investments, yielding an average return of 11% for products released between 1987 and 2015. Yet it was not until recently that a much broader audience began to notice the value of collectibles as a community, market, and investment.

Timing accounted for 42% of the difference between success and failure.

There are many factors that contribute to the success of a startup, such as the quality of the idea or team, but timing is discussed the least. This might be because it's the most difficult to control. As I was writing this essay, I came across a TED talk on this very topic from March 2015. In his talk, founder Bill Gross of Idealab shared findings from hundreds of companies across different industries that point to timing as the single biggest reason why startups succeed. "Timing accounted for 42% of the difference between success and failure," he concluded.

My favorite part of his TED talk was the examples he provided of both startup success and failure due to timing. Airbnb and Uber, for instance, were founded at the height of The Great Recession of the late 2000s when many people were looking for income. This helped Airbnb overcome the objection to renting out one's home to a stranger, and aided Uber to acquire drivers who would use their own vehicles as a private taxi. Both of these products required a significant change to consumer behavior that might not have been possible in another era.

But the best example Gross shared during the TED talk was an Idealab company that I had never heard of. He described Z.com as an "online entertainment company". Despite raising plenty of capital, having a great business model, and signing Hollywood talent to create content, the company failed in 2003. They were unable to overcome a combination of poor broadband Internet penetration and the technical limitations of 1999 and 2000. Just two years later, YouTube was started and was eventually acquired by Google for $1.65 billion in stock.

That's not to say that the quality of the idea, caliber of the team, profitability of the business model, and amount of funding don't matter. They certainly do. These factors are all important and are to some degree within the founders' control. But it's timing that can make the critical difference between success and failure, because even stellar execution cannot overcome bad timing. Likewise, good timing might be able to compensate for deficiencies in the other factors. As Gross pointed out, some successful companies don't even have a business model when they start.

Hence why I've come to believe that CompleteSet may have had a better chance of success had we started the company in the late 2010s instead of the early 2010s. The combination of increased capital available to Midwest startups, the unprecedented interest in collectibles of all kinds, and the staggering growth of e-commerce during the pandemic certainly would have been tailwinds for the company we tried to build. At the very least, I would have spent less effort convincing others why the collectibles market was not as niche as it seemed.

As bittersweet as the recent events have been to watch from the sidelines, it's also somewhat reassuring to know that we weren't crazy – we were just too early. But what's truly rewarding is how a failed startup can continue to provide lessons learned like this one, even years after its demise. My personal experience of unforeseen bad timing and my research on this topic is something I'll now always consider when validating new business ideas. Because if there's one thing I want to get right for my next company, it's timing.

Thanks for reading! Did you enjoy this essay? Please consider sharing this with with your network and subscribe to my free newsletter to be notified via email when I publish again. 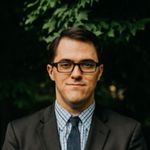 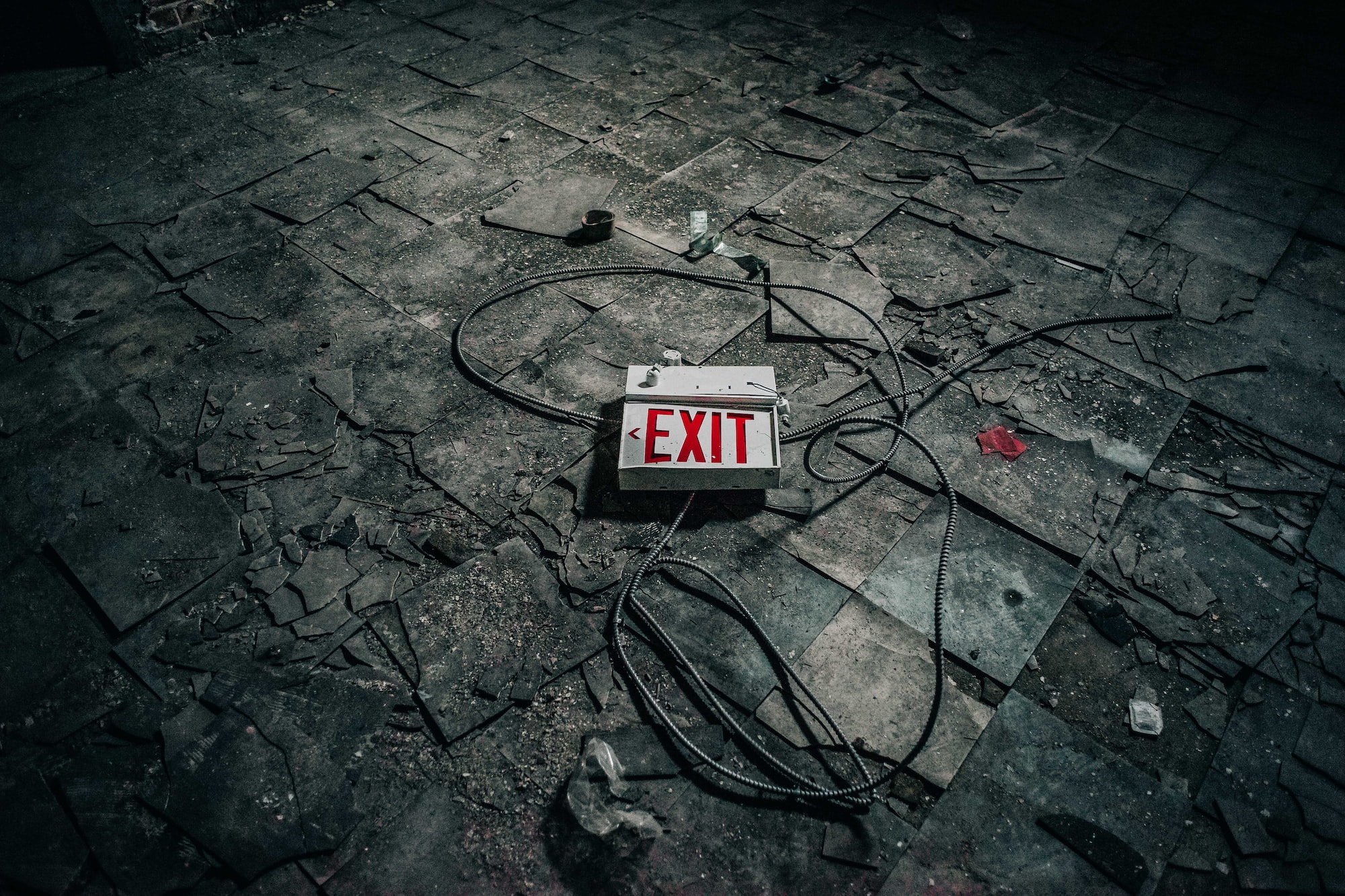